When Innocent People Get Accused of Family and Domestic Violence 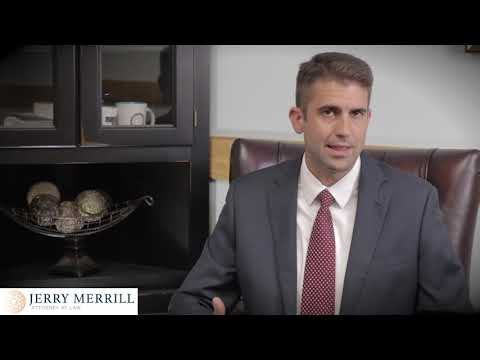 In most cases, domestic violence charges arise because a heated and emotional argument got out of control. Furthermore, false allegations of domestic violence are unfortunately not uncommon. Incidents often occur during divorce, when accusations may be used to gain leverage in a property or child custody dispute.The sooner you contact a Johnson County domestic violence lawyer, the better.

The trauma of arrest — perhaps in front of friends, family or children — may be just the beginning of a difficult ordeal. You should be aware that once an arrest is made, charges are brought by the state with or without the cooperation of the alleged victim. Moreover, if police are called during a domestic argument, an arrest is required if the police believe that either or both parties have committed an act of violence.

Kansas statutes define domestic violence, which typically involves charges of assault or battery, as any crime committed against a family or household member or someone with whom the defendant shares a romantic relationship. You could also be charged with criminal damage to property or even criminal restraint should a domestic fight get out of hand.

Regardless of severity, all of these charges can significantly impact your future.

Jerry has tried a large number of family violence cases. He understands the situation you face, and he knows how to aggressively pursue the best possible outcome. His experience and reputation as an aggressive trial lawyer are effective tools for negotiating with prosecutors to reduce or dismiss the charges against you.

If you retain Jerry, he will conduct a thorough investigation to call into question the veracity of the witnesses accusing you of domestic violence. Because such charges arise out of heated and emotional situations, self-defense is often a common issue. Jerry will thoroughly evaluate your case and look for every possible defense.

Felony Domestic Violence Arrests Can Turn Your World Upside Down

In addition to the direct penalties — fines, jail time, a criminal record — there are indirect consequences of being convicted of felony domestic violence. These collateral consequences can hinder your ability to find or keep employment, obtain or maintain professional licenses, own a firearm and obtain security clearances. A conviction could also compromise your parental rights.

With so much at stake, you need an experienced domestic violence attorney to review all of your priors and build a case challenging sentencing decisions. As your lawyer, Jerry Merrill will aggressively investigate the police reports and witness accounts. He will look for inconsistencies in witness testimony and other evidence that can be used to minimize the consequences you face.

If you were accused of any form of domestic violence, be it verbal or emotional abuse or physical assault, you need an aggressive attorney on your side every step of the way and who can help you fight your charges and prevent you from incurring life-altering criminal and civil penalties. Domestic violence convictions can impact every aspect of your life, from having to go to prison to losing custody of your children. Jerry Merrill can help you contest these types of allegations.