Were you accused of a drug-related offense, such as possession or distribution? If so, you may face severe penalties, including imprisonment and fines. A Johnson County drug crime attorney can help you surpass your charges and obtain the best possible outcome for your case. 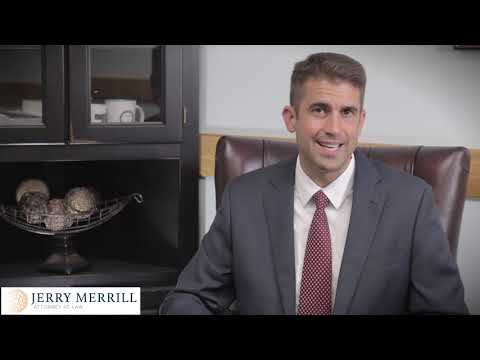 Jerry Merrill offers skilled and aggressive legal defense for both adults and juveniles facing drug-related charges. He will investigate the circumstances related to the offense and will fight to protect your rights, whether your case is resolved in or out of court. Contact our firm today to schedule a free consultation and see how Jerry can assist you.

The legalization of drugs in some states in America does not mean the consequences for a drug conviction in Kansas will become less severe. Kansas treats drug violations in a particularly severe fashion with harsh penalties, including imprisonment and fines. A conviction for a drug offense can also cause an individual to lose their job and face hardship obtaining new employment.

If you have been arrested for the possession or distribution of drugs or drug paraphernalia, you need to retain an attorney right away. Criminal defense lawyer Jerry Merrill has extensive experience representing clients in Johnson County and the surrounding areas against serious drug charges. He helps clients dealing with arrests related to the distribution, cultivation, possession, and sale of:

Under Kansas law, the distribution of marijuana, methamphetamine, cocaine, heroin, and other illegal drugs is a serious criminal offense that can be prosecuted as high as a level 1 drug felony depending on the type and amount of the drug involved. Illegally distributing prescription medications can lead to prosecution and severe penalties as well. Due to the potential for illegal drug distribution to cause widespread harm to the residents of Kansas, law enforcement officers and prosecutors often aggressively target individuals suspected of distributing – or playing a role in the distribution of – controlled substances, and avoiding harsh penalties requires representation by an experienced Johnson County drug crime attorney.

Kansas law makes it illegal to possess any controlled substance in the state without a valid prescription. This means that possessing any amount of marijuana or any other street drug has the potential to lead to jail time, fines and other consequences. Minimally, first-time marijuana possession is a class B nonperson misdemeanor (carrying up to six months in jail and a $1,000 fine). Possessing larger amounts of marijuana, possessing other illegal drugs and being charged as a repeat offender can lead to penalties that are far more severe.

The crime of selling an illegal controlled substance differs from the crime of drug distribution in that it requires you to be caught in the act of making a sale. However, prosecutors can also pursue charges based on intent to sell, and this intent can be inferred based on possession of a large amount or quantity of the drug in question (i.e. an amount greater than for personal use). In order to prove a drug sale charge, prosecutors must prove all four elements of the crime:

If the prosecution’s evidence of any one (or more) of these elements is inadequate, Johnson County drug crime attorney Jerry Merrill can use this to fight for a dismissal or a “not guilty” verdict at trial.

There are a number of different factors that the courts will consider in determining a criminal sentence, including:

As your Johnson County drug crime attorney, Jerry Miller can challenge the prosecution’s assessments about the appropriate sentence. Having worked on both sides of the courtroom, he will leverage his knowledge of Kansas criminal law and his trial skills to provide you with an aggressive defense. His primary objective is to get a “not guilty” verdict or a dismissal. In cases where this is not possible, he works to secure a sentence on the smallest end of the scale.

Even Marijuana Use Can Lead To Felony Convictions

If you or someone you love is facing penalties for a drug offense in Johnson County, seek legal counsel immediately. In order to ensure that the full range of your legal rights is protected, call Jerry Merrill at 913-381-2085 or send an online inquiry. The firm offers a free initial consultation for new clients. We help clients in Johnson County, Olathe, Shawnee, Overland Park and more!